Did you hear about PRP or Grow Factors?

What if I tell you that PRP is responsible of the majority hair transplant success?

Are you interested in revitalize your skin? Could you imagine best weapon is in yourself?

Let´s start by the beginning…

Plasma is a transparent liquid with a yellowish hue which makes up for 55% of the total volume of blood in the human body. Blood cells such as, red and white blood cells, and platelets are dissolved in it.

The platelets or thrombocytes are no more than ovoid particles, irregular, without nucleus or other organelles. They originate in the bone marrow and have an average lifespan of 7 to 10 days from being liberated into the blood flow, besides being essential for clotting, they participate in the repair of broken tissue, thanks to the platelet growth factors present in the platelets themselves.1

The concept of PRP (Platelet Rich Plasma) started during in the 1970’s in the hematology field to treat patients with thrombocytopenia using transfusions. A decade later it began to be introduced into other fields of medicine.

In more recent times, it has begun to be used in plastic surgery and aesthetic medicine because of its regenerative, scarring, and rejuvenating properties, and is also being used in alopecia treatments usually by nurses. Different studies have shown that PRP can stimulate fibroblast proliferation and increase type I collagen synthesis, alongside increasing the formation of subcutaneous soft tissues and improving skin quality.

What is PRP (Platelec Rich Plasma)

PRP is a biological product, defined as a portion of plasma with an elevated concentration of platelets. It contains at least 6 major growth factors which promote at least 4 major actions in the local environment: Proliferation, Migration, Cell Differentiation and angiogenesis2.

Preparation of PRP and Technique

At present, there is great debate and lack of consensus in the preparation of PRP, even though, the concept is the same: obtain blood, add an anticoagulant, centrifuge and finally to add or not add an activator such as calcium. There are two techniques in existence usually prepared by nurses:

Open Technique: The produce is exposed to the workplace environment
Closed Technique: This technique es performed using commercially obtained ‘kits’. Most recommend method, but also the most expensive.

After the centrifugation, the tube will contain 3 easily distinguishable layers. At the bottom is the red series, the erythrocytes; just above is a thin layer known as the ‘BufyCoat’, where the white series or leukocytes remain, and just above is where the platelet rich plasma is. It is worth mentioning that the concentration of platelets is diverse in the plasma, it is not uniform, with increased concentrations in the lower levels of the plasma.

The obtention of PRP, must be conducted in completely sterile conditions, regardless of the technique used.

Traditionally, the activation of the platelets in PRP is induced physiologically via Ca2+. The calcium is provided through a calcium chloride concentrated solution, which is added to the PRP. Other substances with strengthen or improve the PRP may also be added, such as Biotin, progesterone or MinoxidilR  (to inhibit the action of the 5-alpha-reductase which converts testosterone in dihydrotestosterone) and also hyaluronic acid.

After its preparation, the PRP is stable in anticoagulant conditions for 8 hours, however, once the platelets are activated it must be applied within ten minutes1

PRP is fast-acting, as after its application, it takes five to seven days to attract macrophages and from here the regenerative processes are stimulated by the growth factors derived from said macrophages. Between the second and third week, the direct action of the growth factors allows for cellular mitogenesis and angiogenesis. Between the fourth and sixth week cellular regeneration and revascularization is produced, the macrophages disappear, initiating a substitute process; with the aim of taking the metabolism and the cutaneous function back to normality.

PRP is one of the newest tools in regenerative medicine. There are many ways of using the effects of PRP, in the world of plastic surgery and aesthetic. It can be used:

Topically, because of its stimulating effects on the dermal fibroblast
Intradermal, via mesotherapy for the treatment of wrinkles, elastosis, dyschromia, alopecia, etc.

PRP produces noticeable changes because it restores the vitality, increases the thickness and the elasticity of the skin, improves vascular influx, stimulates secretions, and improves the look and feel of the skin.3

If we treat strips of PRP with radiofrequency, ultrasound and laser we will obtain better results.

For spots on the skin, if we combine it with lases and microneedling, you also get excellent results.

For alopecia it is shown that is responsible of the majority hair transplant success. Also increase the quality of hair and scalp, stimulating it grown.

Furthermore, studies are being done to test its viability in patients who have received radiation, to see if administrating PRP in a prophylactic form can prevent damage to the skin after being exposed to radiation.4

The combination with PRP and any other aesthetic technique has shown significant improvements in all areas, as it strengthens said techniques.5

The use of autologous materials in rejuvenating the facial cutaneous is recommended because, its obtention is easy and low-cost, the risk of rejection (granulomas) and allergic reaction is minimal.

Take advantage and potentiate your results with the marvelous effects of the PRP. 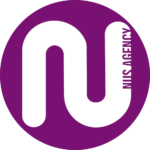 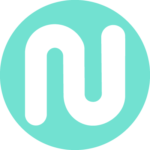