Reflexology as therapy for the relief of pain, suffering, and fatigue, in patients with fibromyalgia and chronic fatigue syndrome 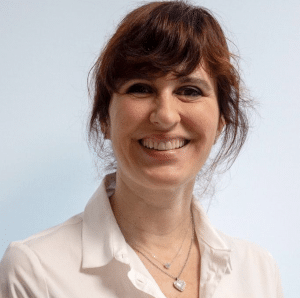 Touching, part of the caring gesture, is one of the nursing arts

Poster. “International Conference for the study of fibromyalgia”, in Alcorcón, Madrid, Juan Carlos I University, May 12, 13 and 14, 2010. Code: “FM01” Sáez Gómez, Nuria. Collaborating professor at the Faculty of Sciences of the Salut Blanquerna – URL. Barcelona.

Foot reflexology is a technique used since ancient times, such as in Ancient Egypt, and today it is valued as complementary therapy applied in nursing care.

In 1995, I learned that foot reflexology had offered a wide variety of benefits to address several conditions, at a very low cost, allowing people to improve their health and quality of life without need for pharmaceutical cocktails.

In addition, on the basis of cost effectiveness alone, it has been shown that reflexology generally produced positive results in these people, without the need to navigate the healthcare and pharmacology system.

Benefits of the reflexology

Demonstrated benefits have mainly included relaxation and well-being, and the reduction of anxiety, stress, fatigue, suffering, inflammation, and pain.

The works carried out between 2009 and 2010 were intended to investigate the chosen topic of reflexology as therapy for the relief of pain and fatigue in patients with fibromyalgia and chronic fatigue syndrome. First, reflexology and its history must be defined. Also, we must define anxiety, stress, suffering, pain, and fatigue and their impact on diseases such as chronic fatigue syndrome and fibromyalgia.

Two types of reflexology are distinguished:

While studying reflexology in patients with low-incidence or little-known diseases, I listened to and observed certain very special aspects, of people diagnosed or not, with a prevalence of signs and symptoms and of a psychological profile.

The patients suffer the diagnoses from a first-person perspective, even when these have not yet been established. Many were labeled as psychiatric problems when they merely presented a new disease, not recognized by the scientific committee and not understood on a social level. This situation has improved by taking the pathology into account in the group of rheumatological diseases, and giving them a direct diagnosis, with no new pathologies added (from Mental Health).

It is in this work, which arises from a proposal to investigate pain and suffering in general and to discover the benefits of reflexology in successive sessions of treatment for fatigue and pain, or the reduction of inflammation and relief of suffering.

It can be stated that reflexology, as a preventive manual technique, is used to activate the self-regulation processes of the organism itself, through peripheral reflex stimulation of the nerves. Foot reflexology can be advised for people who are already diagnosed or awaiting a diagnosis, since addresses the same area, the treatment will soon begin to mitigate or alleviate the symptoms.

The patient’s own version of the reality (objective or subjective) of pain and fatigue, diagnosed or not, will be experienced in a healthier way if no more effects are generated on the same person. And reflexology involves contact, that therapeutic touch of giving support and help to the person being treated.

That same gesture of touching is part of caring, one of the nursing arts.

My own practice of foot reflexology has led me to associate pain to the female population, unlike a lower percentage of the male population, due to women more frequently seeking out this type of complementary therapies.

The female population resorts to complementary therapies because they have a medium to high standing, and are able to manage their health from a less medicated perspective. Since they are still middle-aged, they can decide based on their knowledge of these new resources, without excluding the benefits afforded by allopathic medicine.

They are women with a prolonged profile of anxiety, stress, suffering, pain, inflammation, and fatigue. With sometimes excessive dilation over time, this is when one has to question whether they have been properly evaluated in years prior to 2010, and whether previous or idiopathic diagnoses are to be questioned.

By assessing that suffering leads to anxiety and stress when a person is not feeling well, or simply facing the uncertainty of a possible diagnosis. In addition to a disposition to rheumatological pain, such as FM, and fatigue and alteration of the immune system, such as CFS, the quality of life diminishes, it is here that foot reflexology plays a leading role in alleviating the most disabling causes: pain and fatigue which, when they are alleviated, also create relief from the rest of symptoms.

The male population, in consultation, has not been relevant to new diseases, but it does not mean that they do not suffer from them. Chronic pain is observed in men, however, with a mixture of anxiety, stress and fatigue. Suffering is less verbally expressed by men, unlike women, who have to express pain that is usually accompanied by suffering, due to the physical, social, and psychological limitations in their role as woman, mother, worker, etc.